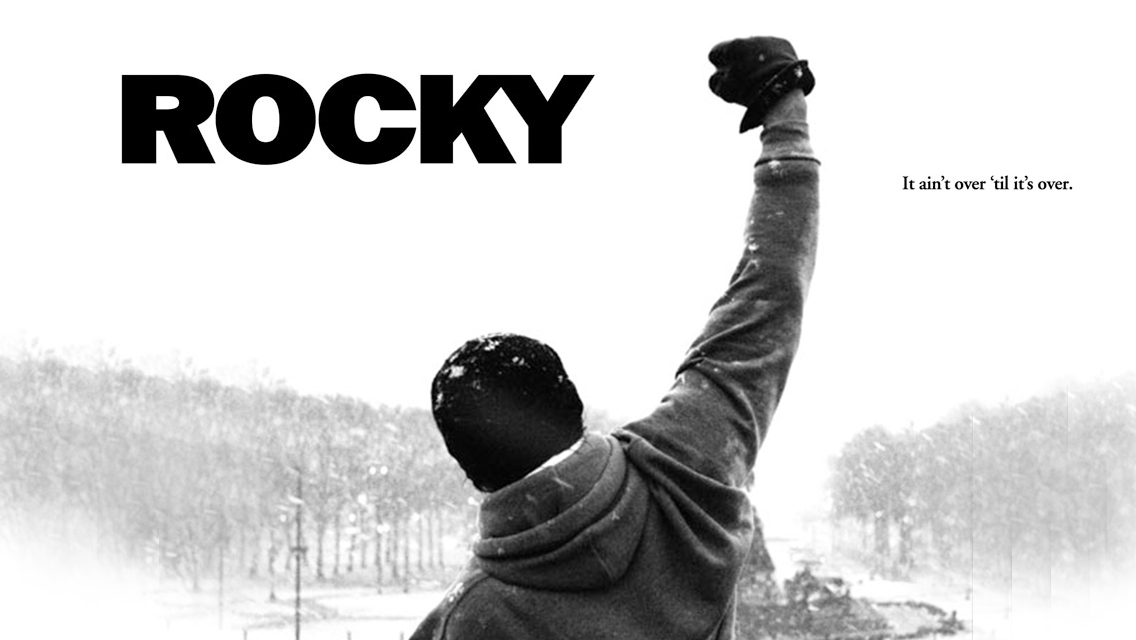 In life, you should always try to keep your back straight, and if you go for something, you go for it. For example, if the girl from your dreams doesn’t see you, don’t give up, but walk up to her and ask her out. And are you in the boxing ring against ‘mean machine’ Mr T., then you don’t run, but you fight to the last gasp? Rocky has taught us important life lessons that you can always fall back on in difficult moments because they are essential. That was the reason for the success of the first Rocky in 1976: the fundamental appeal of a simple worker who flips the switch and straightens his back, and gets what he deserves.

Add to that the effective acting of Stallone himself, Talia Shire as Adrian, Burt Young as Paulie and Carl Weathers as his arrogant opponent Apollo Creed, plus Rocky’s storied genesis – which we know Stallone dragged his script through for years because he believed in it wholeheartedly – and a classic was born. Unfortunately, the sequels were of decreasing quality. The brief plot of the underdog who puts everything on the line for the World Cup was the thin backbone of the successful first part but insufficiently robust for years to milk the formula with the opponents in the ring as the only variation.

Sylvester Stallone thought it was time in 2006 to really write the series off with this fifth sequel. Admittedly, Rocky V, the part where Balboa recovers from brain damage but struggles to keep a healthy relationship with his son, was too melodramatic and weak to count as a satisfying ending. Yet, in this sixth part, Sly takes the same sentimental path, but this time with a better result. This is primarily due to the unpretentious script about the aged boxer who lives in the past and lacks the fire that brought him many victories. As the owner of a small restaurant, Rocky tells solicited and unsolicited stories about his illustrious history as a heavyweight boxer.

His wife Adrian has passed away, but he always has a folding chair ready for his frequent visits to her grave in the cemetery, where he has long conversations about the good old days. His life is behind him, but things start to bubble when a digitized celebrity match is held on television between the current number one in the world and old-timer Rocky. His new girlfriend Marie urges him on, but son Rocky Jr. strongly advises his father not to return to the ring. So between those two fires, the old boss chooses for himself, puts on his grey tracksuit for the last time and dives into the cold store to go sparring.

Rocky Balboa spends almost his entire length on the pulp novel-like adventures with his girlfriend, son and brother-in-law Paulie, another beautiful role by Burt Young. The latter fortunately also features prominently in this last part. There is little training and fighting, and the final battle is disappointing, apart from the result. The wafer-thin, well-known plot can be drawn by any Rocky fan, but given the previous, much weaker sequels, it’s a worthy end to the series. Although Rocky Balboa really cannot stand on its own two feet as a film, we can finally close the Rocky chapter together with Sly.